Stock markets at home and abroad continued to climb higher this past week. Confidence was renewed in Europe as Portugal, Italy, and Spain all had successful bond offerings, gold pulled back as a result, and the US markets shrugged off disappointing news on the jobs and housing fronts.

The top three broad economic sectors last week were Information Technology, Financials and Energy while Telecom, Utilities, and Health Care were at the bottom. As the year gets underway I am seeing a short-term move towards the Technology and Energy sectors but not enough to make a change in the relative strength rankings. 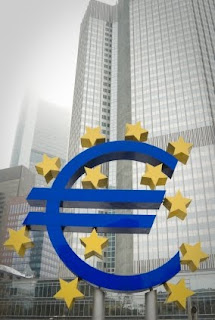 The MSCI (EAFE) World Index gained 2.7% to lead all major indexes. The European debt crisis was seen as subsiding in the wake of the reasonably strong auctions among Portugal, Italy and Spain. Additionally, the President of the European Central Bank (ECB), Jean-Claude Trichet, stated that the ECB would take action against inflation should it be necessary encouraging markets. The Euro rebounded as well last week closing at $1.3376 compared to the previous week's close of $1.3369. This number is slightly deceiving because the Euro fell below $1.30 early in the week. The European Finance Ministers will be meeting in Brussels on Monday and Tuesday to discuss the size and rules surrounding the new European Financial Stability Facility (EFSF), and the bond markets will be watching these discussions closely. In Asia, China announced that it was increasing the debt reserve requirements of banks there yet again late Friday. Requiring another 0.5% of bank reserves to the current 19% will have the effect of pulling cash out of the Chinese economy in an effort to help stem inflation in the country. Asia and Chinese investments have typically pulled back the day following the announcement and I would anticipate the same on Monday.

Gold fell another $7.60 per ounce to close last week at $1360.90. For the year, gold has lost 4.1%. The news from Europe was largely responsible for the continued downward move as investors regain confidence of the Euro. Oil gained $3.63 (4.1%) per barrel last week as investors continue to bet on growing economic expansion both in the United States and elsewhere. The Alaska oil pipeline was reopened during the week after damage at a pumping station closed operations. The pumping station was closed over the weekend for additional repairs, but does not appear to threaten further shipments of crude. Most other commodity prices generally rose following a trend that has been in place for the past few months. Worries are mounting over the increase in clothing, fuel, and food prices as we move into the year.

The 10-year treasury ended the week at 3.3328% declining slightly from the previous week's close of 3.3256% reflecting a slightly improving trend in bonds. The broader bond market, as measured by the Barclays Aggregate Bond Index, gained 0.13%. There was little news to sway the bond markets one way or the other.

The successful sale of European bonds was certainly good news last week. I will confess, however, that I remain very cautious about Europe. The meeting this week in Brussels will certainly add further clarity to the direction Euro Zone countries, especially Germany, will move in the future as the ministers wrestle with new EFSF. Germany is a reluctant partner but must find some way to hold all of this together. If last year is any guide, this issue can turn quickly so be alert.

Most domestic news was placed on the back burner last week as the nation mourned the lost souls from the terrible shooting in Tucson. However, some key economic news was not good. First time jobless claims rose 35,000 to 445,000. Consensus expectation was for a number of 410,000. While the trend may be showing a slight improvement, the numbers are nowhere near good enough to put Americans back to work and move the unemployment rate below 9%. The news on housing was not any better. According to Bloomberg, US foreclosures may jump 20% in 2011. The report went on to say that approximately 3 million homes have been repossessed since the boom ended in 2006 and that another 5 million homes may yet be repossessed by 2013. Home prices on average have also fallen around 33% in 20 cities based upon the S&P/Case-Shiller Index. These two factors will continue to weigh on the economy in 2011.

A natural question would be, "Paul, if these two important parts of our economy have a negative outlook, how can the stock market continue to rise?" The answer is simple: supply and demand; but based upon very complex actions within the economy. Those of you who know me well understand that I harp on the fact that all economics can be boiled down to the concept of supply and demand. In this case, the stock market has more buyers than sellers. The question is where is the cash coming from? I believe a lot of it is coming from Mr. Bernanke and the Federal Reserve. The Fed is pumping billions of dollars into the economy through the quantitative easing program. Additionally, the extension of the Bush-era tax cuts and the 2% reduction of the social security tax will begin to adding US dollars into the economy. Also, as the stock market continues to rise, many smaller investors will be compelled to start selling their bonds to buy stocks (this may have contributed to the drop in bond prices in the 4th quarter of 2010). Wherever the cash is coming from, the bottom line is that it is moving to the stock markets.

I will continue this discussion next week about whether or not this trend can continue and for how long.

This is earnings season so there will be plenty of news about how some of the biggest companies fared the last three months of 2010. Additionally, investors will hang on every word from the reporting companies to get some insight on how they believe 2011 will shape up. The net result can be market can be volatility so don't be surprised by larger movements in the markets.

The general relationship of stocks, bonds, and cash has not changed. Mid and small capitalization stocks are preferred over large, growth is favored over value, and US and International stocks are preferred over Commodities, Bonds, and Currencies. Commodities, less precious metals, remain strong for now. While the best performing countries abroad last week came from developed Europe, emerging markets continue to be favored over developed. Finally, bonds have stopped falling for now so I am not suggesting selling bonds if they are an important part of your risk and income allocations.

I do believe that success in this market will require constant scrutiny by investors so open your statements, follow your investments, and call me if you have any questions.

All indices are unmanaged and are not available for direct investment by the public. Past performance is not indicative of future results. The S&P 500 is based on the average performance of the 500 industrial stocks monitored by Standard & Poors. The Dow Jones Industrial Average is based on the average performance of 30 large U.S. companies monitored by Dow Jones & Company. The Dow Jones Corporate Bond Index is comprised of 96 investment grade issues that are divided into the industrial, financial, and utility/telecom sectors. They are further divided by maturity with each of the sectors represented by 2, 5, 10 and 30-year maturities. The Morgan Stanley Capital International (MSCI) Europe, Australia and Far East (EAFE) Index is a broad-based index composed of non U.S. stocks traded on the major exchanges around the globe. The Russell 2000 Index is comprised of the 2000 smallest companies within the Russell 3000 Index, which is made up of the 3000 biggest companies in the US.