The jobs report issued by the Department of Labor on Friday showed no job growth for August and has brought the fear of another recession back into the minds of investors here and abroad. 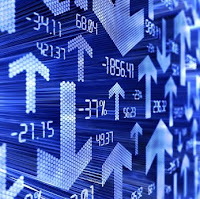 Real Estate, Utilities, and Consumer Staples were the best performing sectors last week while Financials, Telecom, and Information Technology were the worst. Financials continue to lag all sectors for the year followed by Industrials and Materials. Utilities, Consumer Staples, Health Care, and Real Estate lead and remain positive for 2011.

The MSCI EAFE Index gained 2.14% last week, however, international stocks-especially European stocks-were hit hard on today's (September 5, 2011) trading as worries renewed about the European debt crisis and concerns that the United States may be slipping back into another recession. The European Central Bank is calling for much more dramatic action by European leaders to provide immediate additional funding for Greece and even greater unity in fiscal policy. If this sounds all too familiar, it is. To fix Europe in its current form, countries are going to have to give up significant fiscal sovereignty and there is no indication that this will happen especially with German Chancellor Merkel's political party suffering additional losses this past weekend in Germany. German voters appear to be running out of patience with their southern neighbors and the entire bailout process.

The Euro fell slightly against the US dollar last week and fell further today. As of market close on Monday, September 05, 2011, the Euro closed at $1.41 compared to Friday's close of $1.42. The recent weakness in the Euro comes as growth rates for the region drop to two-year lows.

The Dow Jones UBS Commodity Index, which measures a broad basket of commodities, gained 0.85% last week as gold prices and some agriculture futures increased. This index was up 0.99% for August and is up 0.08% for the year.

Bond markets, especially US Treasuries, continued to rally as interest rates drop to near record lows. The 10-year yield closed Friday at 1.984% its lowest level in history. As a result, long-term government treasuries have shown strong gains and is the second best performing asset class behind gold. Investors are looking to park money in low-risk investments and Treasuries are that place (along with gold). Inflation protection bonds also gained for the week and ranks the as the third strongest asset sector for 2011. The Barclays Aggregate U.S. Bond Index closed the week up 0.88% and is now up 7.15% for the year.

No new net jobs in August. That is what the government reported Friday morning sending markets into a 253-point decline. Without a growing and vibrant work force, the economy will continue to struggle and Gross Domestic Product growth will likely remain dormant. I do not know if the US will slip into a second recession, and frankly do not think that is relevant to investment decisions today. Recessions are not confirmed until well after the fact and I do not expect this time to be any different so speculating about recession/no recession is best left for talking heads and pundits. As I noted in the last Weekly Update, markets are forward looking and, if they follow historical norms, will be on their way to recovery before any recession is confirmed.

Another interesting statistic is the Consumer Confidence Index (CCI) reported monthly by the Conference Board, a non-profit, non-partisan business organization. The August CCI showed a sizeable decline and

confirms that many people are pessimistic about jobs growth, income growth, and business growth. When viewed in historical context, the CCI has been a good indicator of market tops and bottoms and is worthy of inclusion in the data we should monitor. Most recently the CCI reached a near-term high in July 2007 just three months before markets began a steep decline in response to the 2008 credit crisis, and it bottomed in February 2009 just one month prior to when markets began their 2009 rebound.

So coupled with the general Dorsey Wright indicators, the 10-year US Treasury yield, and the price of gold; you now have another tool to help you make educated and unemotional decisions about when you should be emphasizing or de-emphasizing the stock holdings in your portfolios.

The start of the week does not look good. A sharp sell-off in Europe Monday does not bode well for the first full week of trading in September. However, I caution everyone to avoid letting their emotions get the better of them in the wake of large daily swings in the markets. Evaluate your allocations and make sure they are consistent with your risk tolerance.

There have been no changes to the relationships between the five major asset classes I follow and their ranking currently remains: Commodities, US Equities, Foreign Currencies, Bonds, and International Equities.

Additionally, cash is still out-performing the top two asset classes on a relative strength basis so if you have a low risk tolerance or short time horizon, I suggest you consider underweighting your allocation to stocks.

Within the bond asset category, International Bonds and Inflation Protected Bonds are favored.

There are few major economic reports coming this week. Thursday's Initial Jobless Claims report will remain a focus especially in light of the President's speech to Congress Thursday night. I will also be watching the impact on the banking sector following last Friday evening's announcement that the government was suing most major US banks over selling Fannie Mae and Freddie Mac bad home mortgages during the mortgage boom in the 2000's. This action, in my opinion, will continue to restrict bank lending and further dampen the already anemic economic growth prospects for the country.

I mentioned in my last Weekly Update that I would spend time addressing the differences between West Texas Intermediate Oil and Brent; however, the jobs report took precedent and I will come back to my discussion of oil in a future Update.

This is not a time to panic nor is it a time to be complacent. If you have any questions regarding your current portfolios, please give me a call.

On a final note, this Sunday marks the 10-year anniversary of the tragedy known as 9-11. I hope everyone will take a moment to remember those that perished and reaffirm our commitment to stand up to the type of tyranny that swept over our country that horrible day and remains in the shadows today.

The NYCE US Dollar Index is a measure that calculates the value of the US dollar through a basket of six currencies, the Euro, the Japanese Yen, the British Pound, the Canadian Dollar, the Swedish Krona, and the Swiss franc. The Euro is the predominant currency making up about 57% of the basket.

Currencies and futures generallyare volatile and are not suitable for all investors. Investment in foreign exchange related products is subject to many factors that contribute to or increase volatility, such as national debt levels and trade deficits, changes in domestic and foreign interest rates, and investors' expectations concerning interest rates, currency exchange rates and global or regional political, economic or fi nancial events and situations.

The Dow Jones UBS Commodities Index is composed of futures contracts on physical commodities. This index aims to provide a broadly diversified representation of commodity markets as an asset class. The index represents 19 commodities which are weighted to account for economic significance and market liquidity. This index cannot be traded directly. The commodities industries can be significantly affected by commodity prices, world events, import controls, worldwide competition, government regulations, and economic conditions. Past performance is no guarantee of future results. These investments may not be suitable for all investors, and there is no guarantee that any investment will be able to sell for a profit in the future.

All indices are unmanaged and are not available for direct investment by the public. Past performance is not indicative of future results. The S&P 500 is based on the average performance of the 500 industrial stocks monitored by Standard & Poors, this is a market capitalization weighted index, meaning the largest companies in the S&P 500 have a greater weighting than smaller companies. The S&P 500 Equal Weighted Index is determined by giving each of the 500 stocks in the index the same weighting in the index. The Dow Jones Industrial Average is based on the average performance of 30 large U.S. companies monitored by Dow Jones & Company. The Dow Jones Corporate Bond Index is comprised of 96 investment grade issues that are divided into the industrial, financial, and utility/telecom sectors. They are further divided by maturity with each of the sectors represented by 2, 5, 10 and 30-year maturities. The Morgan Stanley Capital International (MSCI) Europe, Australia and Far East (EAFE) Index is a broad-based index composed of non U.S. stocks traded on the major exchanges around the globe. The Russell 2000 Index is comprised of the 2000 smallest companies within the Russell 3000 Index, which is made up of the 3000 biggest companies in the US.