Major markets both here and abroad had their best weekly performance in 2011. While the range of major issues facing investors has not changed, investor appetite for risk returned. 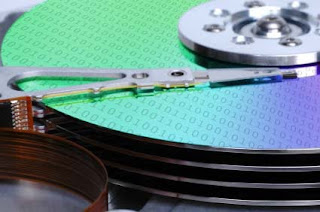 Every broad economic sector in the US saw gains last week except for Real Estate which was down slightly. Information Technology, Materials, and Energy were the best performing sectors while Real Estate, Financials, and Utilities were the worst. As a sub-sector, banking continues to lag as bankers and investors try to understand the ramifications stemming from the Dodd-Frank Wall Street Reform and Consumer Protection Act Bill (referred to as simply Dodd-Frank) will have on the industry. The emergence of the Consumer Protection Agency and perceived roll in trying to negotiate a $20 billion concession from lenders to give to underwater mortgage borrowers is adding further uncertainty to this sector.

The MSCI (EAFE) World Index gained 3.41% for the week and is now up 2.33% for the year. Japan's Nikkei Stock Index continued to rebound gaining 3.58% last week, however, for the year this important Asian index is down 10.0%. Emerging markets in general were the strongest performers of the week of all key asset classes, but still remains near the bottom for the year. Europe both developed and emerging remains the strongest performers so far in 2011.

The Euro has pulled back from its recent highs against the US dollar losing just over a penny to close at $1.4081. The news coming from Europe this past week was again mostly negative (I will discuss in greater detail in the next section), but the European Central Bank's (ECB) continued support of earlier comments about raising interest rates in the face of growing inflation has held the Euro's strength against the US dollar.

Commodities, especially oil, continued to show strength with broad commodity indexes posting modest gains for the week and remains one of the strongest asset classes in 2011. The news from the Middle East is still dominated by political unrest and the uncertainties surrounding the United State's involvement in Libya. Oil closed Friday at $105.40, up $4.33 (4.28%) from the previous week's close. For the year, West Texas Intermediate is now up 15.54% for the year. Gold closed Friday at $1427.60 up $11.50 for the week and is now up 0.56% for 2011.

The Barclays Aggregate Bond Index was off 0.63% for the week marking only the second down week in the past six weeks. For the year, this broad bond index is up 0.41% for the year. The US 10-year Treasury yield closed up to 3.435% compared to last Friday's close of 3.273% on some generally positive economic news in the US and growing expectations that the Federal Reserve will not immediately launch into another round of quantitative easing after QE2 expires in June.

WHAT'S GOING ON IN EUROPE?

The news from Europe last week was not good. Portugal is getting ever closer to a bailout, and Moody's Investment Services downgraded Spain's banks last Thursday after the rating service cited concerns about the regional banks' ability to raise additional private capital. Additionally, the European Union (EU) failed to reach an agreement on the European Stabilization Fund which is the EU's permanent vehicle to deal with failing member countries.

While the Portuguese Prime Minister said that the country would continue to make efforts to cut spending and take care of existing debts, most outside observers say it is simply a matter of time before the Portuguese take bailout funds. The essential problem is that the Portuguese simply do not have the reserves meet its debt obligations as they come due, and the ever increasing costs of borrowing private money will prevent the country from going out and borrowing new money to cover the old debts. Bailout funds would be provided by the EU to Portugal to meet its current obligations and at interest rates that are more affordable. It is imperative to realize that countries receiving bailouts are simply replacing current debt with new debt at below-market interest rates. The debt will eventually need to be repaid. 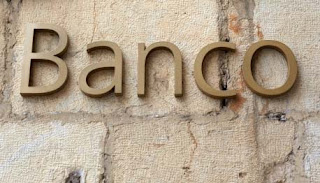 The European leaders were quick to point out that they do not believe that Portugal's problems will spill over to Spain, but only time will tell. The Spanish are facing a slightly different problem from Portugal in that the problem in Spain is found in the regional banks which is the backbone of Spain's financial system. The regional banks require additional capital to offset potential loan losses primarily in real estate investments (sound familiar?). The Spanish have been approaching hedge funds and other sovereign (country) funds for investments, but private investors have been critical of the lack of clarity of the debt on the banks' books and the quality of that debt (sound familiar?) making it difficult for private lenders to assess the risk and thus properly price their investments.

I have no doubt that the Europeans will act to meet the needs of member countries, the question will be at what cost? The tie-in to US markets is how much investment has been made by US banks and hedge funds into European debt and the possible losses they are facing. This problem will continue to simmer and we can only hope that it does not come to a boil.

Much has been made of the recent openness by the Federal Reserve as Chairman Bernanke in that he has committed to holding four press conferences each year. Of immediate interest is how the Fed will act in the coming months as QE2 comes to an end and what is the future of monetary easing. The first possible hint of this was given by the St. Louis Federal Reserve President James Bullard this Saturday in Marseilles, France. 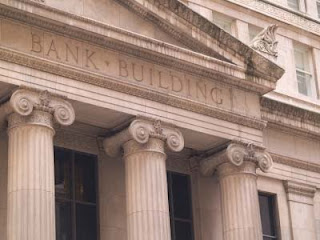 Bullard's statements were covered extensively in a Bloomberg.com article where Bullard said that "the economy was looking pretty good," and that it might be possible to evaluate the possibility of terminating QE2 early. Bullard went on to express how he thought the Fed might start withdrawing its stimulus by starting with bond sales (this would pull money out of the economy), then changing the wording of "extended" when describing how long the Fed plans to keep interest rates at near zero, and then actually start raising interest rates. Bullard was very clear that if this was not done, the chances of inflation would be increased.

The fact that the Fed is even talking about ending its simulative policies can be seen as a positive about the US economy. This view was strengthened when the final revision to the 4th Quarter, 2010, GDP figures were revised upwards to 3.1% primarily on the strength of retail sales.

I continue to favor US stocks and Commodities. I believe that international investments should be closely evaluated and only the strongest technical investments retained. While I do not make predictions (who can?), I do believe that there is plenty of risk overseas to make me want to be very careful before putting new money to work there.

My favored broad sectors are Energy, Materials, and Technology.

I continue to believe that bonds will return bond-like returns; I am revising my views on high-yield bonds and am now suggesting a reduction in allocations to high yield bonds. The extra risk is not justified by higher yields at this time in my view. Corporate intermediate bonds and international bonds especially have been the strongest in 2011. I also continue to like senior bank loan investments also known as floating rate bonds.

Commodities are volatile. I continue to believe that oil prices are clearly sensitive to the uncertainty in the Middle East and any threats to supplies in any of the oil producing countries can cause a sharp increase in prices. A falling US dollar will also contribute to an increase in commodity prices in general. I believe that if you own gold, keep it. Gold remains a hedge against the global uncertainties.

The NYCE US Dollar Index is a measure that calculates the value of the US dollar through a basket of six currencies, the Euro, the Japanese Yen, the British Pound, the Canadian Dollar, the Swedish Krona, and the Swiss franc. The Euro is the predominant currency making up about 57% of the basket.

All indices are unmanaged and are not available for direct investment by the public. Past performance is not indicative of future results. The S&P 500 is based on the average performance of the 500 industrial stocks monitored by Standard & Poors, this is a market capitalization weighted index, meaning the largest companies in the S&P 500 have a greater weighting than smaller companies. The S&P 500 Equal Weighted Index is determined by giving each of the 500 stocks in the index the same weighting in the index. The Dow Jones Industrial Average is based on the average performance of 30 large U.S. companies monitored by Dow Jones & Company. The Dow Jones Corporate Bond Index is comprised of 96 investment grade issues that are divided into the industrial, financial, and utility/telecom sectors. They are further divided by maturity with each of the sectors represented by 2, 5, 10 and 30-year maturities. The Morgan Stanley Capital International (MSCI) Europe, Australia and Far East (EAFE) Index is a broad-based index composed of non U.S. stocks traded on the major exchanges around the globe. The Russell 2000 Index is comprised of the 2000 smallest companies within the Russell 3000 Index, which is made up of the 3000 biggest companies in the US.