The MSCI (EAFE) World Index lost 1.21% on Friday but posted a gain of 0.37% for the week and is now up 2.2% for the year. Of the countries I follow, Egypt leads all decliners for the week and month. Last year's hot countries such as Chile, Indonesia, Turkey, India, and South Africa are all off double digits so far in 2011. Developed Europe still holds the top positions for the year as the debt crisis continues to be managed to investors' satisfaction. I continue to believe that this issue demands careful scrutiny given the complexity and uncertainty of the many issues facing Europe. The Euro closed down slightly against the US dollar for the week closing at $1.3609 compared to the previous week's close of $1.3615 as concerns over the political uncertainty of Egypt and the Middle East impacts the world's financial markets. For the year, the Euro is still up 1.8% against the US dollar. Emerging markets, with heavy exposure to the Far East and Latin America, continue to struggle this year as these regions fight local inflation and exposure to commodity prices. Emerging markets continue to hold the relative strength advantage over developed markets; however, this relationship has closed dramatically since the start of the year. 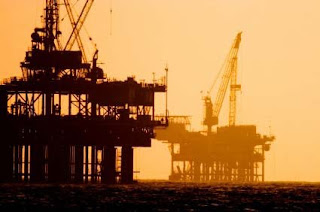 Commodities were mostly higher last week. Gold stopped its dramatic fall on Friday gaining 1.7% on Friday to close the week at $1341.70 adding $0.70 from last week's close of $1341.00. Friday's jump in gold continues to reinforce my belief that the metal is protection against uncertainty in the world's markets. For the year, gold is down 5.5%. Oil also surged 4.3% on Friday finishing the week at $89.34 per barrel (WTI) up $0.23 from the previous week's close. All of this action followed the same theme of the day and week as investors worry about the ramifications of the political unrest in Egypt. Oil investors have the added concerns over the access to the Suez Canal and a pipeline that together move over 2 million barrels of oil daily. Oil is now down just over 2% for 2011.

Bonds were the recipient last week of investors' move to safety. The Barclays Aggregate Bond Index gained 0.42% for the week and is now up 3 of the first 4 weeks of 2011. For the year the Barclays Aggregate Bond Index is up 0.30%. The 10-year treasury yield fell for the week closing Friday at 3.3229% from the previous week's close of 3.4081%. The news all week was negative for bonds including Standard & Poors downgrading Japan's credit rating from AA to AA-. This followed a report from Moody's Investor Services on Thursday saying that if there is no action to cut the growing US federal deficit that "the probability of assigning a negative outlook in the coming two years is rising." Additionally, Wednesday's announcement of the US 4th Quarter, 2010, Gross Domestic Product (GDP) of 3.2% also pushed bond prices lower. The jobs report showing first time unemployment claims jumped unexpectedly reinforced the likelihood that the Federal Reserve will complete all $600 billion of Treasury purchases which also helped hold down yields. 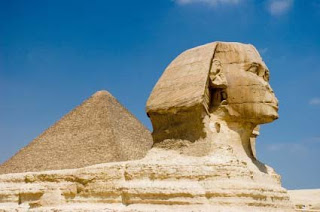 We are all reminded of the political uncertainty in many parts of the world as we watched, and continue to watch, riots in Egyptian streets challenging the 30-year reign of Hosni Mubarak. Besides the stability that Mubarak has brought to the Middle East, the country controls the Suez Canal and a major oil pipeline. As I mentioned earlier, over 2 million barrels of crude oil (2% of daily global production) move through these facilities. Any disruption of these flows could have a significant impact on energy prices around the world. Additionally, Egypt is a major producer and exporter of cotton. Cotton is already at record high levels and any disruptions will add to these record prices.

The Wall Street Journal is already reporting that Egyptian banks and markets will be closed tomorrow (Monday, January 31st) adding further stress to the markets. There is no indication when these markets will reopen.

I mentioned briefly that the 4th Quarter, 2010, GDP numbers were announced last week showing the quarter grew at 3.2% disappointing investors who were expecting a number closer to 3.5%. The GDP has grown each quarter (1.7% in 2nd Quarter, 2.6% in 3rd Quarter) of the last three in 2010, but the rate of growth is significantly below rates coming out of previous recessions. Additionally, most of the growth was attributed to increased consumer spending and there is doubt about how long the US consumer can continue to carry the economy. Other parts of the economy were either flat or down. The DJIA temporarily jumped over 12,000 on Wednesday morning, but could not hold that level after traders had time to fully digest the GDP numbers. Additionally, the Department of Labor (DoL) announced that first time unemployment claims jumped the previous week to 454,000 when a number closer to 405,000 was expected. Some of the increase was attributed to the bad weather in the eastern United States both in terms of the economy and data reporting. Without a doubt, the economy is not producing jobs at a level necessary to reduce unemployment below 9%. The January unemployment number will be released this Friday (February 4th) and if the rate remains above 9% as expected, this will mark the 21st consecutive month above 9% and will be the longest such streak since this statistic has been reported beginning in 1948. Finally, housing sales jumped 17.5% month-over-month providing talking heads on TV lots to get excited about; however, when this number is examined closely, most of the growth was due to the coming expiration of a California tax break similar to the one the federal government had earlier.

I agree with some of the pundits who say that the real challenge in US economic growth will come in the 2nd and 3rd Quarters of 2011 when the massive government stimulus (Quantitative Easing 2) expires. If the GDP numbers can continue to show growth, I will become much more confident that the economy is actually improving on its own.

Egypt will be the major story this week. The question will be how quickly this crisis is resolved and to what outcome. What is certain is that markets will likely be volatile until then.

I have stated that the markets are oversold and have been for some time. We have seen small and mid capitalization companies pull back more this year than the large caps within the DJIA, but all indexes are oversold. Frequently, a global crisis like the one underway in Egypt can be the tipping point for the markets to make a correction after strong run-ups, and this case may be no different so caution must be exercised at this time. However, until my technical indicators signal this change, I will stay the course.

Emerging markets are clearly under stress and if your risk tolerance is low, you should consider trimming your positions at this time. The rest of the market must also be carefully watched for signs of a reversal. The New York Stock Exchange Bullish Percent (NYSEBP) that I discussed last week pulled back just over 1% to 78.30, however, it must move down to 74.33 before a reversal occurs.

Commodities remain volatile and gold is clearly under pressure. If gold breaks below $1320, positions will need to be reevaluated. Oil has pulled back to the middle of its 10-week trading range and has support at $85 per barrel. Other commodities are showing strong price appreciation and are contributing to the underlying inflation worries spreading throughout the world. The weakening US dollar is also helping to raise commodity prices and stoking inflation fears abroad.

Going into this week, it is too early to tell how the crisis in Egypt will be resolved. Concerns are heightened and investors will be watching developments closely. The Suez Canal is of paramount important to the flow of free trade and its operation will impact much of what global markets do in this current crisis. Every investor should look at their portfolios and assess your current risk tolerance and decide if changes are appropriate.

All indices are unmanaged and are not available for direct investment by the public. Past performance is not indicative of future results. The S&P 500 is based on the average performance of the 500 industrial stocks monitored by Standard & Poors. The Dow Jones Industrial Average is based on the average performance of 30 large U.S. companies monitored by Dow Jones & Company. The Dow Jones Corporate Bond Index is comprised of 96 investment grade issues that are divided into the industrial, financial, and utility/telecom sectors. They are further divided by maturity with each of the sectors represented by 2, 5, 10 and 30-year maturities. The Morgan Stanley Capital International (MSCI) Europe, Australia and Far East (EAFE) Index is a broad-based index composed of non U.S. stocks traded on the major exchanges around the globe. The Russell 2000 Index is comprised of the 2000 smallest companies within the Russell 3000 Index, which is made up of the 3000 biggest companies in the US.