US markets were relatively calm compared to International markets which were hit hard by North Korean aggression on South Korea and the on-going Irish bailout. The Euro continued to pull back against the US dollar and US treasuries rallied on the uncertainty abroad.

The MSCI (EAFE) World Index lost 3.5% on fears that Portugal and Spain were not far behind Ireland. The cost of the Irish bailout increased last week from an estimated €50 billion ($68 billion) to €67.5 billion ($89 billion). The worst performing countries last week were Spain, Ireland, Turkey, and Italy. All but Turkey are at the center of the European debt crisis. While emerging markets were also hit, developed international markets were hit harder. Other than Turkey, the other non-European country hit hardest last week was, not surprisingly, South Korea. China fell again, but not as severely as those already mentioned. Peru, Canada, and Chile were the strongest countries of those I followed last week.

Oil prices rallied $2.16 per barrel closing at $83.76. Oil analysts are somewhat bearish on their outlook, however, as the rising dollar slows purchases (everyone buying oil in other currencies must pay more) and concerns that Chinese rate tightening will curtail that country's demand going forward.

THE WORLD IS A BIT MESSY

The news that North Korea launched an hour-long artillery barrage against a small island town in disputed waters just of the coast of both countries reminded investors that there are other worries beyond the impact of QE2 on world economies. Yet, when the dust settled, US markets were again relatively neutral in price movements. I believe this is attributable to a series of regularly (albeit minimally) improving US economic numbers on jobs, manufacturing, and retail sales. 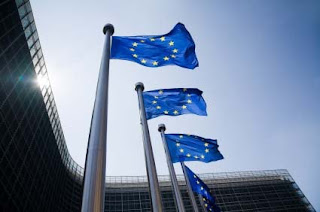 Europe remains embroiled in the fallout over debt levels of the weaker European Union (EU) members and ultimately the viability of the Euro currency for some of these countries. European leaders have been working furiously to complete the Irish bailout agreement. As of early Monday morning (November 29th), the EU finance ministers agreed on a the terms of the bailout and a compromise regarding a demand by German Chancellor, Angela Merkel, that bond holders would share the cost of potential sovereign debt restructuring beginning in 2013 with tax payers. The final agreement has been modified to state that bond investors will be asked on a "case-by-case" basis to accept losses on their bond investments. Concerns by some of the weaker countries like Ireland and Italy were that if Merkel's demand for mandatory private-sector write-downs were included in the new European-wide bailout fund, then borrowing costs would escalate and greatly weaken already fragile government balance sheets. To sound, yet again, like a broken record, all that has been accomplished in Ireland (as it was in Greece) is to kick the debt can down the road for a few more years in hopes that an improving economy and government austerity programs will allow these governments to get onto sound economic footing. If this does not happen, I believe it will be hard for the Euro to remain the common currency for all current members.

Expectations are that China will continue to take steps to hold down inflation. The central bank of China has already announced that reserve requirements will increase from 17.5% to 18%, but beyond that, there remains uncertainty on exactly what form further tightening will take. Fed Chairman Bernanke has led US calls for China to let the yuan trade freely (as opposed to being artificially pegged to the US dollar) which would have an immediate impact of raising the cost of Chinese exports and an immediate slowing of the Chinese economy. While this debate goes on, investors believe some slowing will come. The falling price of commodities and sell-offs in Asian markets indicate that investors believe the Chinese economy will slow in the months ahead.

Finally, the North Korean problem continues to threaten peace on the Korean peninsula. Senior Chinese diplomatic officials visited Seoul over the weekend seeking South Korea's support of renewed talks with North Korea, Japan, Russia, China, the US and both Koreas. This suggestion was not well received as the South Koreans (as well as the US) believe these talks reward North Korea's behavior. The US and South Korea began joint naval exercises in the region to signal the US's support for Korea. China, as North Korea's benefactor, holds the key to getting North Korea to step back from its provocations with the South. You may be wondering why North Korea (with China's tacit support) would take such dramatic action against South Korea, and the answer is actually quite simple-resources. The history of the US and its allies has been to negotiate with North Korea and provide them all sorts of economic benefits. These benefits reduce the amount of support the Chinese have to provide its ally. It remains to be seen if this tactic will work one more time.

As a result of the turmoil abroad, the US dollar continues to strengthen. As I have noted previously, this near-term rally would help US equities across the board. The fairly sizable out-performance of US equities over international stocks and bonds last week reflects this dynamic. I continue to believe that the US dollar/Euro relationship is a key indicator towards global growth and strong equity performance.

The New York Stock Exchange Bullish Percent (NYSEBP) increased slightly last week to 73.93 from the previous close of 73.71. A score over 70 indicates an overbought status of US stocks and that risk levels are high, but does not indicate when a major sell-off may occur.

The most notable change in the Dorsey Wright Dynamic Asset Level Indicators (DALI) was mid-capitalization stocks have become favored replacing small cap stocks as the preferred capitalization weighting. Small cap stocks had been favored since April 2009, so this is a relatively important signal. At the broadest level, US and International stocks continue to favored. One or two sub-par weeks in the markets are not enough action to force international stocks out of its favored status. Commodities remain strong but have also come under some stress over the China inflation issue. US bonds strengthened last week. Longer-term treasuries and municipals rallied after falling the past few weeks while international debt pulled back in concert with international equities.