US and global equity markets pulled back this past week as investors digested the effects of QEII, the mid-term elections, the G-20 Summit in Seoul, worries of renewed debt problems in the Euro Zone, and a flash of inflation from China.

The MSCI (EAFE) World Index fell in concert with the US markets losing 2.4% on negative news regarding debt concerns in Ireland and inflation worries in China. Emerging markets fell sharply last week with India, Australia, Brazil and Turkey leading the drop. Japan, Peru, and Chile were the best performers. For the year the MSCI (World) Index is up 3.2%. As 2010 begins to wind down, the top performing countries that I follow have been Thailand, Peru, and Indonesia while Ireland, Spain, and Italy have been the weakest. The bottom three countries should come as no surprise given the underlying fears of a national debt implosion in the Euro Zone.

The Euro fell last week to $1.3692 from the previous week’s close of $1.4032. The Euro has been rising for some time against the US dollar as the Federal Reserve has directly or indirectly maintained a weak dollar policy via bond purchases in the open market. However, this policy was not enough to keep Euro investors from buying US dollars as Ireland’s current financial problem is seen as reaching a critical stage. The European Union (EU) and the International Monetary Fund (IMF) have created a very sizeable reserve for Ireland to draw on if needed; but so far, the Irish have been adamant about not taking the funds to maintain their sovereignty (there are lots of strings attached to any bailout). This story will have important ramifications in the days and weeks ahead. 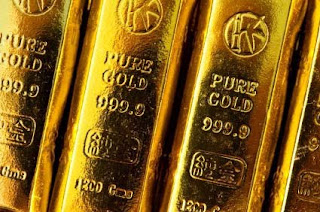 Oil prices fell $4.85 per barrel closing at $82.00 for a weekly loss of 5.58%. Gold also fell shedding $25.70 per ounce (-1.84%) to close at $1369.40. Commodities were hit especially hard the end of the week as China announced that inflation in that country had reached 4.4%. Investors expect that the Chinese will adopt policies to slow economic growth impacting negatively on the overall demand of natural resources imported by the Chinese. A rising US dollar will also negatively affect commodity prices.

US treasury yields have risen to two month highs as bond owners have been selling bonds following the Fed’s announcement that the Fed would purchase up to $600 billion in bonds. At the very least it appears that profit taking is behind the selloff. The 10-year rate closed Friday at 2.7889% up from 2.5412%. This 9.75% increase in yield is the largest single week move so far in 2010. I believe it is too early to tell if this is little more than profit taking or a shift by investors away from longer-term bonds on fears of impending inflation.

The purpose of the G-20 is to have the world’s largest economies meet and coordinate global financial policy. When the G-20 met in early 2009 during the midst of the 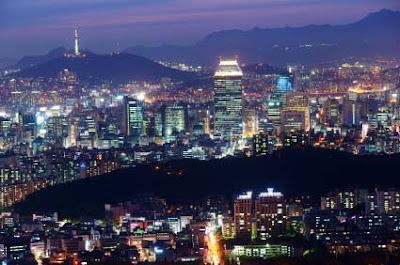 credit crisis, the countries agreed that massive monetary and fiscal stimulus was needed to keep the world from sinking into a depression. All 20 countries acted accordingly and the crisis was blunted. This past week, with the crisis subdued, countries were more focused on their individual interests and the United States stood alone calling for continued massive stimulus to spur economic growth.

Leading up to this meeting, it was evident by the mounting global criticism of Secretary Geithner’s call to curb trade imbalances between exporters and importers that the US position would not prevail in Seoul—and it did not. The Wall Street Journal opined this past weekend that they could never remember an international meeting where a US President and Treasury Secretary had been so thoroughly rebuffed. The problem is quite simple, the rest of the world sees the US as being hypocritical as the President endorses the Fed’s easing policies (QEII) which puts downward pressure on the US dollar at the same time the US is criticizing China on their own currency manipulation. Export growth by the US would come at the expense of other exporting countries and those countries (Germany, China, and Brazil to name a few) are not willing to cut their exports on behalf of the US. Without dominant US leadership, the meeting resulted in little meaningful accomplishment.

I have already touched on the debt crisis growing in Ireland. The issue centers around growing doubt that the Irish can meet their bond obligations and their commitment to austerity measures. But this is only part of the story. The real fear is that if Ireland falls, then Portugal falls, and then Spain, and so on. Sooner or later there will not be enough Euros to bailout every country. The European leadership understands this, so they are aggressively dealing with the concerns. The question remains—will the EU be successful. 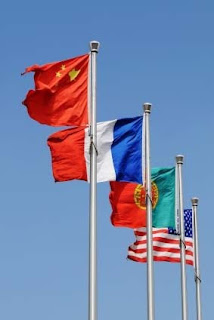 The Chinese announced inflation jumped to 4.4% over the same period a year ago. Investors fear that the Chinese government will act quickly to try to curb economic activity by raising interest rates, cash reserve requirements by banks, or both. These concerns spilled out over most of Asia as many countries had very poor market performance at the end of the week. Commodity prices fell sharply on fears that the Chinese will curb imports of many raw materials. As I write this Update (Saturday night), there has been no announcement by the Chinese government of any policy moves. There may be some further action by the Chinese government in the coming weeks, but the market’s reaction may prove to be based upon speculation and profit taking.

At the core of all the economic news this past week, as it has been in other weeks, is the story of an extremely week US economic recovery. Unemployment is 9.6%, GDP growth is around 2%, and the potential for political gridlock in Congress diminishes hopes of any certain turnaround. Inflation looms in the back of everyone’s minds as the Federal Reserve continues printing money at historic rates. My vote right now is for the President and Congress to work together to get this country back to work.

The 2+% drop in markets in the US and abroad may just be profit taking. It may be a pause after the market surge in September and October. One week of activity is not a trend and must simply be watched closely. The New York Stock Exchange Bullish Percent (NYSEBP) actually rose slightly to close at 75.58 for the week. Any level over 70 signals an increase in risk, not imminent market direction. Positions should be entered cautiously here.

US and International stocks are favored. Commodities, hit hard last week, remain strong. Bonds appear to be under a little bit of pressure going into next week. The longer maturities are coming under the most pressure while the municipal bond market has been quietly selling off over the past 30 days or so. The take away here is that security and bond selection is critical. Buy the strongest technical stocks and bonds, and pay attention to them. I believe bonds are a solid holding for many at this time, but I am cautious about new investment in bonds with maturities greater than 10 years. I am focusing on short to intermediate-term bonds. Don’t forget about Treasury Inflation Protection notes (TIPS for short) if inflation begins to emerge.

Information in this update has been obtained from and is based upon sources that NTrust Wealth Management (NTWM) believes to be reliable; however NTWM does not guarantee its accuracy. All opinions and estimates constitute NTWM's judgment as of the date the update was created and are subject to change without notice. This update is for informational purposes only and is not intended as an offer or solicitation for the purchase or sale of a security. Any decision to purchase securities must take into account existing public information on such security or any registered prospectus.

All indices are unmanaged and are not available for direct investment by the public. Past performance is not indicative of future results. The S&P 500 is based on the average performance of the 500 industrial stocks monitored by Standard & Poors. The Dow Jones Industrial Average is based on the average performance of 30 large U.S. companies monitored by Dow Jones & Company. The Dow Jones Corporate Bond Index is comprised of 96 investment grade issues that are divided into the industrial, financial, and utility/telecom sectors. They are further divided by maturity with each of the sectors represented by 2,5,10, and 30-year maturities. The Morgan Stanley Capital International (MSCI) Europe, Australia and Far East (EAFE) Index is a broad-based index composed of non U.S. stocks traded on the major exchanges around the globe.