Attention shifted abroad last week as the US and other countries of the G20 met in South Korea to discuss the global economy and attempt to head off potential currency wars. The US dollar reversed 6 weeks of losses against the Euro and other major currencies, and US corporations continue to report good earnings as markets ended the week with modest gains.

The MSCI (EAFE) World Index posted its first losing week in nine falling 0.46%. A strengthening US dollar and international economic policy debates weighed on this broad international index. For the year the MSCI (EAFE) World index is up 2.72%. For the week, the top performing countries that I follow were Mexico, Italy, and Germany while Brazil, Peru, and Poland were the weakest. For the year, Thailand, Indonesia, and Turkey have been the best performers while Italy, France, and Spain have been the worst.

As noted, the Euro snapped its six week winning streak against the US dollar closing at $1.3933 compared to last week's close of $1.3977. A variety of factors contributed to this drop including policy discussions by the G20, rioting in France and ongoing strikes there, and the announcement by British Prime Minister Cameron that he was proposing deep, across the board budget cuts to get the UK federal budget balanced by 2015.

Gold pulled back $44.30 (-3.2%) an ounce closing at $1327.70. The same factors bearing on currencies are primarily responsible for this pull back. Oil gained $0.75 to close at $82.00 per barrel. Analysts attribute the continuing strike in France and a possible late season storm in the Gulf of Mexico as reasons for the slight increase in prices. France will tap strategic reserves of refined products to meet demand as France oil giant Total SA announced that striking workers was forcing closure of five refineries in the country.

US treasuries rebounded modestly as the yield on the 10-year note fell to 2.5624% from the previous Friday's close of 2.567%. The volatile long end of the bond market (10+ years in maturity) gained the most while international bonds of all types were the weakest performers. Bond investors will be watching the next Federal Reserve meeting closely on November 2nd - 3rd where it is expected Chairman Bernanke will announce the initial size of the Fed's bond purchase program (QE2). While Chairman Bernanke has said recently that he supports further quantitative easing, the size and scope of the purchases have been called into question by remarks of several regional Fed directors.

China's announcement Tuesday that they were raising interest rates by 0.25% sent global markets tumbling. This move by the Chinese to curb potential domestic inflation worries investors that growth in China will slow thereby hurting all markets. The US dollar rallied on the news and most metal commodities fell. This announcement was significant because China does not raise rates often, and is likely to help strengthen the Yuan as investors are attracted to the higher yields. It also will factor in the negotiations between members of the G20who most believe the Chinese improperly hold their exchange rate down to benefit Chinese exporters. While this may signal a willingness of the Chinese government to become more engaged in the international community's concerns, it is most likely a very self-serving decision (but aren't all such decisions) by China to deal with internal inflation.

WHAT IS GOING ON IN SOUTH KOREA? 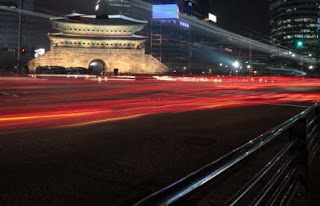 I have commented recently on the growing concern that some countries (the US is #1 on the list) are devaluing their currencies to boost the competitiveness of exports abroad. The fear is that more and more countries will attempt to do the same to protect their exporters. Currency wars inevitably hurt global markets and consumers. In an effort to reduce tensions, Treasury Secretary Geithner proposed an indirect way of dealing with currencies by trying to target a broader metric, current account balances. I am not going to go into detail at this point about what current accounts are or the pros and cons of this approach, but it does address the currency problem between the US and China in a less confrontational manner. The effectiveness of this approach remains uncertain as a number of exporting nations, including Germany and Japan, have made it clear they do not support this approach.

There are a lot of economic issues swirling around us today. The strength of the US and global economies, the potential for currency wars, the uncertainty surrounding what actions the Fed will take with QE2 and the effectiveness of those actions, and the US mid-term elections to name a few. Whew, that is quite a list.

With this uncertainty as our foundation, what I do know is that the New York Stock Exchange Bullish Percent (NYSEBP) closed Friday at 70.64 up slightly from last week. A reading above 70 indicates that the markets have become "overbought." While this statistic does not say that a correction is certain in the near-term, it does indicate that the chances of a pull back have increased.

International and US equities are preferred among the five major asset classes I follow. Commodities are third, bonds fourth, and currencies last.

All major international indexes are all positive right now with demand clearly in control.

The Dow Jones Corporate Bond Index and the Barclays Aggregate Bond Index both gained last week, albeit slightly. I believe bonds are a solid holding at this time, but I am cautious about new investment in bonds with maturities greater than 10 years. I am focusing on short to intermediate-term bonds.

Risk levels are elevated to a point not seen since early May and I therefore remain guarded in terms of taking new equity positions. By guarded I mean taking new positions incrementally and being very focused on buying only the strongest technically rated investments.

I will not be publishing an Update next week because of upcoming business travel. I will be attending a conference with my broker dealer, Commonwealth Financial Network®, in Phoenix most of the week. I will remain available should you need to speak with me. Please contact me directly on my cell phone or call my assistant, Lisa Berger, if you need any assistance.