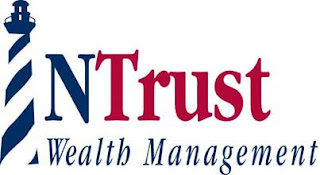 Mounting evidence of a pending global slowdown weighed on investors' minds this past week as markets continued their broad retreat.

The MSCI (EAFE) World Index posted a weekly loss of 1.31% again exceeding the rate of loss of the US indexes for the second week (in fairness, the MSCI (EAFE) World exceeded the US indexes in the month of July). For the month, the MSCI (EAFE) is down 2.99% and off 9.48% for the year. Greatest losses last week came from developed countries in Europe including Italy, Spain, Germany and France. The emerging markets generally posted modest gains with Thailand, Chile, Indonesia, and Malaysia leading the way.

The Euro slid slightly against the dollar closing at $1.2705 down from last week's close of $1.2765 following the lead of most European stock markets. 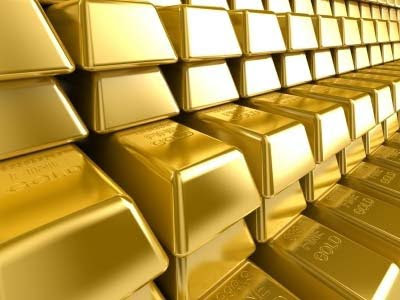 Gold gained just over 1%closing the week at $1229.80. I have stated in previous Weekly Updates that gold has become more of a hedge against uncertainty rather than a hedge against inflation. How else can gold holding above $1200 per ounce be explained as inflation prospects virtually disappear? A great discussion of this topic appeared Saturday (August 21st) in the Personal Finance section of the Wall Street Journal. Jeff Opdyke's article, "Rethinking Gold: What if It Isn't a Commodity After All?" studied the relationship of gold prices and inflation since 1973 and found nearly zero correlation between the two. What he did discover is that gold prices have a higher likelihood to move in the opposite direction to the US dollar. As the dollar gains in strength, gold prices weaken and vice versa. Mr. Opdyke's conclusion for today's economy is that if you think the Fed and the Congress/President can fix the national balance sheet (US dollar strengthens as a result) then gold is overvalued; however, if you do not and the US dollar weakens in the future, then investors will buy gold to protect their wealth. In other words, gold is a hedge against uncertainty-not inflation.

Oil continued its pullback last week. Oil closed Friday at $74.01 down $1.38 (-1.83%) from the previous week's finish. There is little to add to this narrative that has not already been said. Oil has become a proxy of anticipated global economic growth. With growth forecasts dimming, the price of oil continues to fall. Not surprising, energy stocks have mirrored this decline.

US treasuries continued to rally. The yield on the 10-year note fell to 2.6160% down from last week's close of 2.6788%. The best performing sector of the bond market was in the 20 and 30-year US treasuries. The 30-year US treasury now yields just 3.66% signaling that bond buyers are growing bearish on the longer-term prospects of growth and worries about inflation are low. This is a significant change in outlook when shorting (betting against) the longer term bonds seemed like a winning proposition at the start of the year.

New claims for jobless benefits increased to 500,000 for the week ending August 14th, the highest level since mid-November 2009. The announcement on Thursday morning sent markets down and that sentiment continued through Friday's market action. This report raises concerns about growth for the rest of this year and into 2011. This negative news offset a bounce earlier in the week coming from a flurry of announcements about takeovers by some high profile companies. 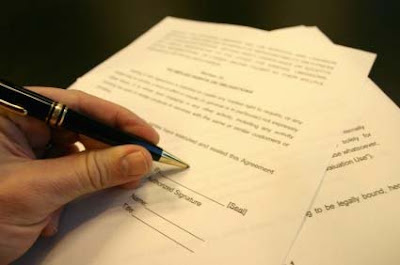 Intel wants to buy McAfee for $7.7 billion in cash. BHP Billiton wants to buy Potash for $39 billion. For the week some $85 billion in transactions were announced. Typically the purchasing company offers a premium of the current stock price causing those stock prices tojump immediately to match the current offer on the table. Sometimes the stock price rises further if investors believe a bidding war will start or the company being purchased is perceived to have some leverage to extract a higher price for its shareholders. All of this tends to be a positive for the markets. I believe this reflects a belief by cash rich companies that this is a good time to pick off some distressed-priced companies. Potash traded at $230 per share in June 2008 and was trading around $112 per share prior to the buy offer and closed Friday at $149.67. This puts a speculative undercurrent into the markets that generally equates to a move up across the board. Unfortunately, this does not necessarily equate to a stronger market ahead nor was the news enough to overcome the jobless report.

The recent pullback in European stocks followed a generally negative outlook in Europe. French President Sarkozy announced that his government's expectation for GDP growth in 2011 will now be 2.0% compared to 2.5% previously. Mr. Sarkozy reiterated his commitment to meeting spending cuts by the federal government to just 6% of GDP. Greece announced that the government would implement a package of tax increases and spending cuts in order to meet IMF guidelines for assistance. Greece's actions are pretty much the choices most spendthrift governments are or will be facing in the future. The economic impact of such policies tends to be slower than normal economic growth and higher unemployment.

The summer holidays continue and most Americans are trying to squeeze in vacations and time at the beach before school starts. There is a relatively light economic calendar for the upcoming week. The regular reports like housing starts (Tuesday) and Initial Jobless Claims (Thursday) are on tap. Thursday will also include a report on leading economic indicators and speeches by two Federal Reserve governors: Evans from Chicago and Bullard from St. Louis. Mr. Bullard's comments are always anticipated as he continues to be the lone dissenter on the Fed's current direction of US monetary policy. The Real 2nd Quarter GDP figures will be released on Friday. Real GDP is growth adjusted for price increases. In other words, what is the growth of the economy without the impact of higher prices?

The DJIA will warrant watching closely. The current support level of 10,050 is within reach. A break below this level will certainly raise concerns. The S&P 500 is right at its current support level of 1070 and a move lower will likewise add to concerns about the strength of the US markets. For the year, the small and mid cap stocks have been the stronger performers, but I am starting to see a shift towards the larger cap stocks over the past 30 days. I believe this reflects a more defensive posture being taken by investors, and also a desire to seek dividend income. Telecommunications/Communications, Utilities, and Real Estate continue to be among the stronger sectors. Energy, Financials and Health Care continue to be weak although Health Care has recently shown some slight signs of positive strength.

I continue to believe that bonds remain a solid holding for investors. The performance of US treasuries is unmistakable, but I am beginning to wonder how much more strength can be squeezed out of the shorter end of the yield curve (2-year yield is 0.49%) so I am neutral about the US treasury sector. However, bonds are holding their value and are expected to do so for the time being. I recently saw an article written by Jeremy Siegle (Wharton Business School) describing the current bond bubble. His point was that bonds are overpriced and poised to collapse in value. I don't disagree with his basic premise, yet he could not answer the one critical question-when? If and when interest rates begin to rise, we will need to make adjustments to bond portfolios.

Gold remains my hedge against uncertainty.

If you have any questions about the overall relative strength of your portfolio and would like my analysis, please do not hesitate to give me a call.