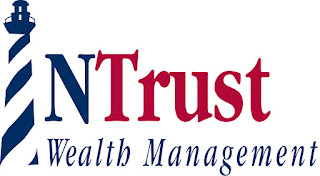 The US markets were positive this past week even as political rumbling was emanating from Washington, DC, and the Euro Zone continued to be rocked daily by news from Greece.

European markets generally lost ground on news that Greece was in worst shape than had been reported. For the week, the MSCI (World) Index was down 32 points (2%) and for the year is just barely positive at 0.01%.

The news from Greece this past week worsened as each day passed.

First it was Moody’s Investors Services downgrading the country’s sovereign debt, then on Thursday the statistical arm of the European Union (EU) reported that Greece’s financial conditions were worst than previously thought. This sent the Greek bond market into a tailspin. Finally, on Friday, the Greek prime minister announced that he was formally requesting aid from the previously announced bailout fund from the International Monetary Fund and European Union for €45 billion ($60.2 billion). This last move helped stabilize Greek debt and the Euro—for now.

Greece simply cannot afford its lifestyle. Current year borrowing now represents 115% of the nation’s Gross Domestic Product. Interest rates on the debt exceed the anemic economic growth of the private sector; and as a nation, Greece does not have the tools available to independent countries to ease out of this economic mess. The traditional means used by countries in the past were to devalue its currency making repayment of debt cheaper and spurring economic activity through exports, or raising interest rates on debt to attract more lenders. Membership in the EU removes both of these options so the country is forced to cut spending—a politically unpopular move within Greece.

Ultimately the question that will have to be answered by the IMF and EU is whether or not a bailout package will solve the problem of governmental overspending or simply postpone the inevitable. Portugal, Ireland, Italy and Spain are all watching this Greek drama carefully as it will impact their destinies as well.

Looking to the future, the IMF Managing Director said the growing burden of sovereign debt in developed countries was one of the two (unemployment the other) major threats to global recovery. His comments were clearly directed at the US, UK, and Japan.

In watching the news stories this week following the Security and Exchange Commission’s (SEC) announcement on April 16th that it was seeking an indictment against Goldman Sachs for fraud relating to a Collateralized Debt Offering (CDO) in 2007, I am struck by the hyper-politicalization of this issue.

There was no new substantive information released by either Goldman or the government regarding the charges, but there were damning emails released by Senator Chuck Shumar’s (D-NY) office suggesting that Goldman Sachs cheered the collapse of the sub-prime mortgage sector. Then there was a news story published reporting that up to 33 individuals at the SEC had been surfing porn sites on the SEC-issued computers over the past 5 years—ala Rome burned while Nero fiddled. All of this as Congress begins debate on the Financial Reform legislation. It is time to get serious about addressing the regulatory and economic issues facing this country and not play tit-for-tat political games.

Other Stories of the Week

New housing starts for March showed a better-than-expected jump of 27%. This news helped the US equity markets and gold prices. Oil also increased about 1.5% in price to close the week over $87 per barrel. Investors see the housing numbers as another sign that the US economy is recovering and reason to be more bullish. Some economists fear, however, that the strong activity was driven by new home buyers pushing to get their contracts completed prior to the April 30th expiration of tax incentives at the expense of sales in the coming months. Regardless, this is the first good news for the new home market in a very long time.

US Treasuries fell slightly in price pushing the yield on 10-year notes to 3.817% up from last Friday’s close of 3.7703%. The housing numbers and expanded economic strength contributed to this rise in interest rates. The DJ Corporate Bond Index also closed the week higher 0.43 points at 109.44. This is a very bullish close for the corporate bond sector and this remains a favored bond sector.

International air travel is slowly returning to normal across Europe as the governments and airlines learn how to cope with the ash clouds coming from Iceland. I have been struck by how many people I personally know who have been impacted by this problem. Global travel has become so common place that we all take it for granted until it is taken away. The good news for the airlines is that they are able to reduce their losses stemming from the flight restrictions.

China continues to struggle with its growing economy. There was an announcement that the country is going to put strict trading limits on stock index futures contracts signifying concerns over getting too involved with more exotic derivative contracts found in the developed markets. Additionally, Brazil and India publically announced their support for an appreciation of the yuan against other currencies—something the US has been seeking for some time now. A stronger yuan would make foreign goods in China cheaper and therefore more competitive. The reverse would be true in the US and other countries. Chinese goods would be more expensive giving non-Chinese manufacturers a better opportunity to compete. This is a very important issue that I will be watching closely over the weeks and months ahead.

The ongoing tug-of-war between risky and less-risky assets is underway. You know that riskier assets are winning when you see the Euro rise, the S&P 500 outperform the DJIA, when gold, oil and other commodities rise, when small and mid cap stocks outperform, and when interest rates rise. Last week, riskier assets took control again and investors were rewarded by having riskier assets in their portfolios. This trend appears to be holding for now.

I continue to favor the Real Estate, Information Technology, Consumer Discretionary, and Financial Sectors. Small and mid cap stocks also continue to outperform. International stocks continue to be favored; however, I have not changed my position that the Euro Zone is to be avoided for now. The countries I like are Turkey, South Korea, China, Thailand, and Brazil.

Corporate and international bonds remain favored over other fixed-income sectors.